Chance. The art of the aleatory

I had just finished my last painting project CONCRETE/ABSTRACT. The result of that project was nothing like what I initially intended. It ended up as a wall of decontextualised black and white images that had emerged from research into the seemingly random, arbitrary juxtaposition of my finger pointing at a quince. The starting point had undertones of Baldessari, but the main focus was on just trying to create a project where I could remove myself from the concept somewhat, by simply juxtaposing unrelated objects in order to create a dialogue, and then to find connections and meaning within that juxtaposition. It just so happened that there was a fruiting quince tree in my garden and i’d been looking at the work of John Baldessari so I chose those two things to build upon, I could’ve chosen anything. I placed these objects together and begun a process and research driven project. I had no idea what would emerge but what did emerge was driven largely by chance and Google and Wikipedia searches.

During some downtime following Concrete/Abstract I was helping my lecturer install some drafting film on the Art school windows for her upcoming exhibition, as part of the 2015 Dark MOFO festival and I got discussing my work. I explained I was largely working with chance and coincidence. My lecturer said…

So I suppose you’ve been looking at LeWitt then?

She loaned me this book.

Chance, Documents of Contemporary Art, Edited by Margaret Iversen, from MIT press and Whitechapel gallery. Its a great book and indeed as I have since discovered, The Documents series is a great series of books. 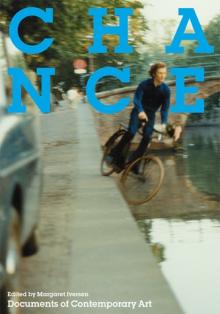 But because I love a good coincidence the best bit was seeing that cover with the image of Bas Jan Ader riding into the canal. I told my lecturer that very morning I was riding my bike to Uni and as I sped towards the bridge that crosses the rivulet near my home, I thought how exciting it would be to just keep going and project myself and my bike off that bridge and into the water below. Bas Jan Did it for me. 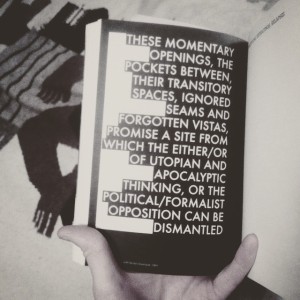 Then just to further coagulate everything I told of a very strange coincidence that had happened just recently: I had just left a friend’s house when I looked down at the pavement and there embedded in the concrete was an old-style-drinks can-ring-pull, I was very excited by this archeological relic and sent an Instagram picture of it to a jeweller friend who works with embedding things in concrete. Later that day, I was looking through a book and came across the work of Mexican artist Gabriel Orozco, and there I saw his work Horseshit, 1992. I couldn’t believe it, the work was a photograph of a old-style-drinks-can-ring-pull embedded in a horse shit! Coincidences, you’ve got to love ’em. 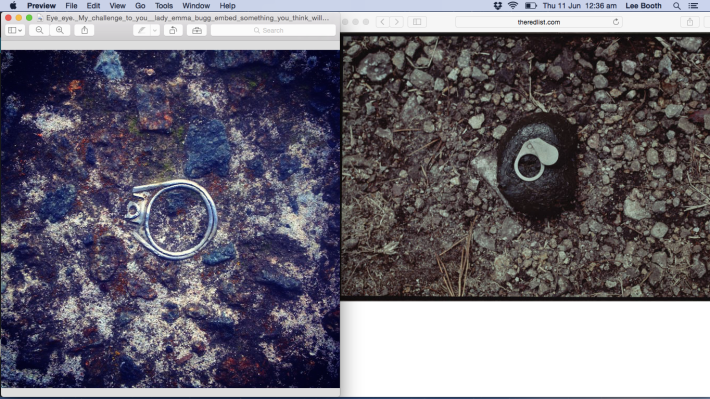