So I was just looking through my housemate’s newly materialised box of records and I found he’s got Go2 by XTC, The cover was designed by Hipgnosis in 1978, and although this is not within my project boundary, the inverted typewritten page (white typewriter type on black) has been a constant theme within its development. As you can probably tell from the format of this blog. The Images below are from this fantastic site, 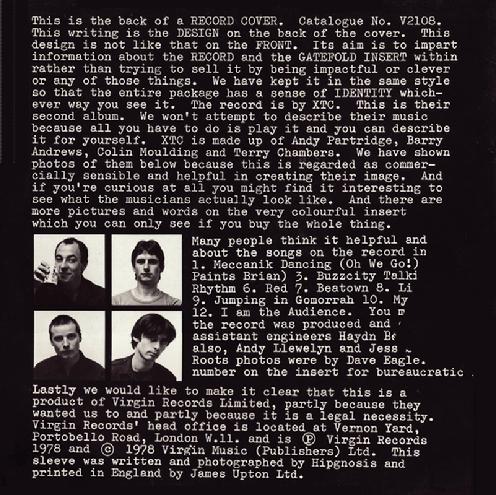 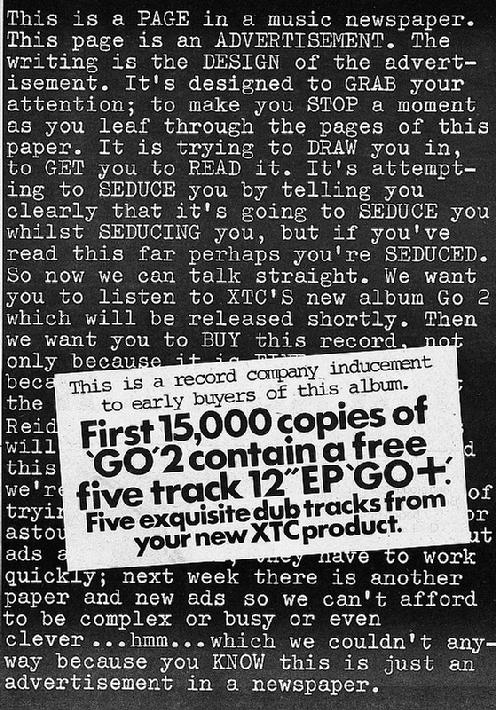 I’m pretty certain Storm Thorgerson had an close affinity for the art world as he seemed to emulate the work of other artists, whether it was the Gerhard Richter like Melting /blurring of Peter Gabriel’s face on his 3rd solo album of 1980 (as mentioned in an earlier post–the one with the song, Biko) below. 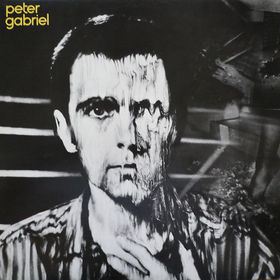 Or this one for XTC which reminds me of Joseph Kosouth’s series ‘Titled (Art as Idea as Idea)’, from 1966, of enlarged, inverted, photostats of dictionary definitions, but I guess it could just be a coincidence or it could be just be that a typewritten sheet isn’t very exciting, whereas an inverted one instantly deflects the simplicity of appropriation. 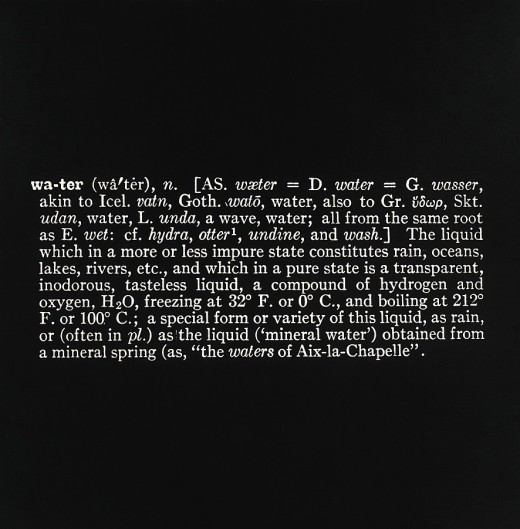 Well anyway the reason that I’m writing this is because on the back of finding this record, I decided to search Hipgnosis on youtube hoping to get an interview or a documentary, but I found something better. There’s a new film about to be released about Storm and Hipgnosis! It will be premiering at MOMA on October 2nd.